In December of 2014, just two days shy of Christmas, a tiny pot-bellied little kitten no more than 4 weeks of age was brought in to Forest Animal Hospital 24/7. She was found on the side of a road suckling at her deceased mother, who had been hit by a car and left.

Thankfully she was not left on the side of the road for long, and once discovered was brought straight into the clinic by a staff member. After a full vet assessment it was apparent that there was an issue with her left eye, or lack thereof. The vet described the affected eye as feeling "sunken at a symmetrical spot behind the lids". In spite of this our new patient, affectionately named Winky, was not in any pain and appeared more concerned over the arrival of her next meal than her missing left eye!

Despite her traumatic start to life, Winky was a tiny flame that could not be dampened. She burned to explore, play and have human contact, and in a short amount of time conquered the hearts of every staff member in the clinic. There was a bold beauty about Winky that was insatiable to all in her presence, and the vets and nurses battled daily for the opportunity to take her home after their respective shifts finished.

Winky went to the eye specialist and he has said it all looks good for her. She has a very small eye which has not formed properly but should not cause any future concerns. So lucky for Winky, she didn't need to have major surgery. Great news.

As dawn was hitting the streets of Lindfield on the morning of the 21st of December 2014, a lady jogging her usual morning circuit spotted a murder of crows clustered around a gutter. As she drew closer she noticed they were attacking a tiny kitten, who was bleeding from his neck and leg. Thankfully this kind lady rescued the kitten from the clutches of the crows and brought him straight into Forest Animal Hospital 24/7.

Estimated to be just 6 weeks old, Wonky was extremely traumatized by his ordeal when he was brought into the clinic. The staff on duty attempted to place a catheter into his front legs but were unsuccessful due to low blood pressure and dehydration, so instead fluids were injected under his skin. It was evident Wonky was unable to use his back legs so several tick searches were performed but no paralysis ticks were found. The blood around his neck and leg were cleaned, revealing bite marks and bruising. Speculation in the clinic was rife that Wonky had possibly been picked up by the neck by a dog or an adult cat and shaken badly, hence causing spinal damage, so bloods and x-rays were taken. The x-rays revealed no spinal fractures, however his blood results did indicate that he was very anaemic. He was given pain relief and syringe-fed hourly to get his strength up.

On Christmas Day he attempted his first step.

Wonky was placed with Winky for company, however a couple of days later the two soon developed cat flu and were placed in isolation so they could not pass their illness onto other clinic cats and patients in the hospital. During this isolation phase Wonky became withdrawn and terrified of contact with staff. When both kittens were fully recovered a vet nurse took them home with her, in the hope that Wonky would learn key socialization skills from her two adult cats and most importantly to not fear humans, as the plan was to re-home Wonky when he was ready.

After two months of love, encouragement and physiotherapy, Wonky was ready to find his furever home. He was now running around in an attempt to keep up with Winky and his two other feline friends, however suffice to say his attempts at moving around were very 'wonky'.

Although he had come along in leaps and bounds, Wonky was still wary of humans so it was extremely important to find a family who would be patient and gentle with him. It was also paramount that he be re-homed with his best friend Winky, as the two were very attached to each other, and Wonky thrived under Winky's confidence.

As fate would have it, in stepped Barbara and Frank and their two young daughters. They trialled Winky and Wonky for 2 weeks and fell head over heels. Little by little Wonky's courage grew in his new surroundings and he would sit out with Barb and Frank at night watching television, relishing in pats and cuddles. The kittens were officially adopted and have been living happily ever after to this day. 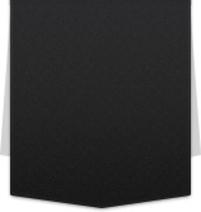 Helping Strays get the Care, Treatment, and Forever Homes They Deserve